Former All Blacks playmaker, the incomparable Dan Carter, remains one of the biggest global stars in the game.

Considered the greatest first-five to ever don the black jersey, Carter kept historians busy throughout his career as he continued to rewrite the record books. He holds the record for highest point-scorer in Super Rugby history, most test points for the All Blacks, most international points during a season, and is the most-capped All Black first-five.

Since finishing his storied 112-test All Black career on the ultimate high – victory at the 2015 Rugby World Cup, the Crusaders great has been plying his trade overseas, picking up contracts in Europe, and more recently Japan.

Known for his tactical strength and accuracy on-goal, the three-time World Rugby player of the year (2005, 2012, 2015) is revered for not only his on-field brilliance, but his modest demeanour off it.

Carter is married to former Black Sticks international Honor, and is the father of three young boys. 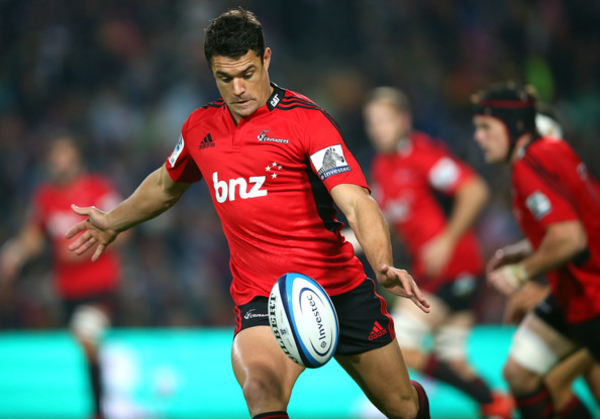 All Blacks Centurion
(November 2013 vs England)
\

All Blacks Centurion
(November 2013 vs England)
\

Record holder for most points scored in international rugby (1598)
\

Want to work with Dan Carter?
Get In Touch
Back to Talent