One of New Zealand’s bright young rugby prospects, Braydon Ennor is on the fast-track to success.

The former Auckland schoolboy rugby star made his All Blacks debut against Argentina in the All Blacks’ 2019 Rugby Championship opener and is tipped to have a big future in the international game.

His elevation to the All Blacks followed a head-turning Super Rugby season with the championship-winning Crusaders side, displaying the versatility to play wing, midfield or fullback and a knack for finding his way to the tryline.

Ennor, who was also a member of the Junior All Blacks side that lifted the Under-20 World Cup in 2017, played 15 Super Rugby games in his debut season, before starring in 2019.

Off the field, Ennor is studying towards a commerce degree majoring in business administration at the University of Canterbury. 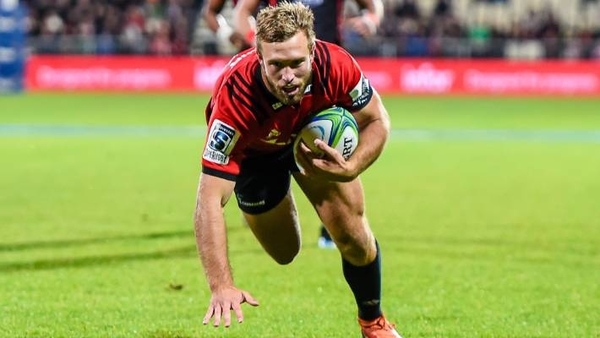 Want to work with Braydon Ennor?
Get In Touch
Back to Talent