If ever there were a player that lives up to all the cheeky halfback stereotypes, it is Brad Weber.

Originally from the Hawke’s Bay, Weber made his Super Rugby debut for the Chiefs in 2014 and quickly went on to establish himself as the team’s first-choice halfback, impressing with his electric pace and fearless running. He made his All Black debut the following year in the New Zealand side’s historic test against Samoa in Apia.

After a serious leg injury hampered his progress for a couple of seasons, Weber’s game reached new heights in 2019 when he assumed the captaincy duties with the Chiefs.

His livewire performances and consistent form saw Weber earn a recall to the All Blacks squad in 2019 at the age of 28.

Known for his sense of humour and banter, Weber is one half of the brains behind the irreverent rugby podcast ‘Code Trippin’, which he hosts alongside Chiefs teammate Michael Allardice. 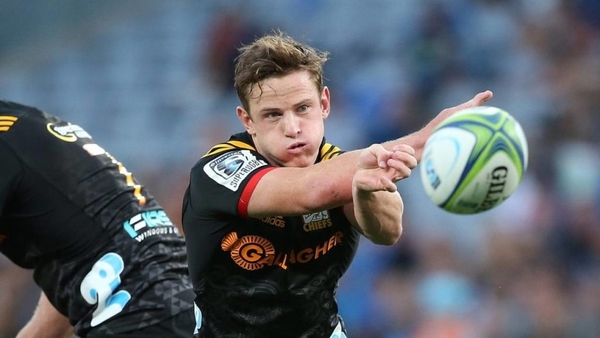 Want to work with Brad Weber?
Get In Touch
Back to Talent