Brad started his coaching career at the Christchurch Rugby Club and has made his way up to Super Rugby with expertise in kicking and attacking play. In 2012 he moved to South Africa to coach the Eastern Province Kings to a Currie Cup Division 1 title, then became Assistant Coach of the Southern Kings Super Rugby side. Brad returned to New Zealand and spent four years as assistant coach to the Crusaders before relocating to Wales in 2019 as Head Coach of the Scarlets before seeking an early release to join the All Blacks coaching team in 2020.

Mooar brings valuable off-field experience as a former solicitor, to the role, and provides inspirational leadership and excellent management skills. 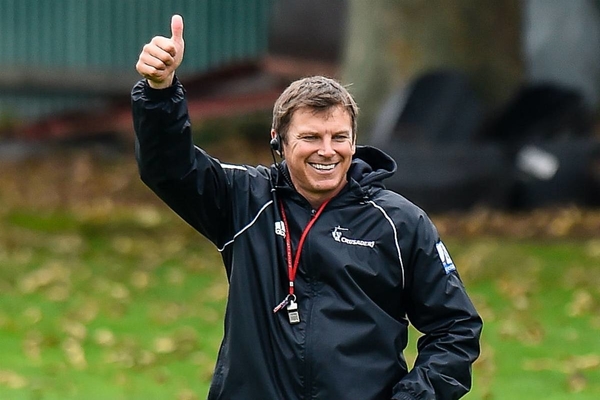 Joined the All Blacks Coaching Staff
\

(2018 & 2019) Won successive back to back Super Rugby titles with the Crusaders
Want to work with Brad Mooar?
Get In Touch
Back to Talent