Willie Apiata is a quintessential Kiwi – hardworking, humble, and honest. It’s these qualities, honed in his home town of Te Kaha and through his career in the New Zealand Army, which led him to performing one of New Zealand’s most heroic acts of bravery.

In 2004, he was awarded the honourable Victoria Cross of New Zealand for the role he played in a firefight in Afghanistan. Apiata is the only recipient of the Victoria Cross for New Zealand.  In 2008, Apiata donated his VC to the NZSAS Trust, so that “the medal is protected for future generations”.

His truly incredible story of courage, brotherhood and survival inspires New Zealanders to be more community-minded and to treasure our loved-ones. 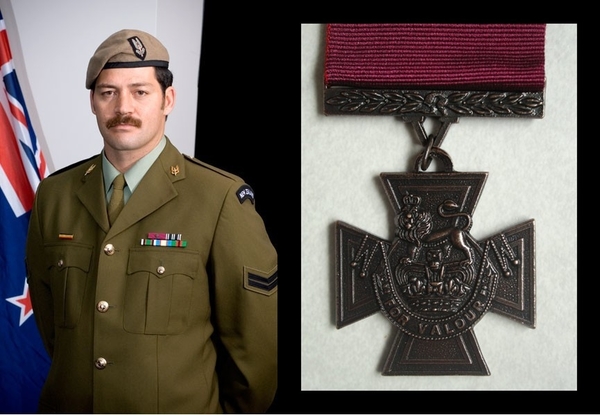 Enlists in the New Zealand Army
\

2000 – 2001, served in East Timor as a member of New Zealand’s third Battalion Group as part of the United Nations Transitional Administration in East Timor. On his return he became a full-time soldier
\

Having become a Lance Corporal, Apiata was stationed in Afghanistan as part of a New Zealand SAS patrol
\

First NZ recipient of the Victoria Cross for New Zealand, for bravery under fire during the War in Afghanistan in 2004
\

Named the ‘most trusted New Zealander’
\

Retired from active service & has gone on to teach young people skills at the High Wire Charitable Trust & also through the Westpac Ambassador program
Want to work with Willie Apiata?
Get In Touch
Back to Talent