Fijian-born Sevu Reece is considered one of the most exciting new talents in New Zealand rugby.

He first made his mark in the Waikato, starring for Hamilton Boys’ High School before making his way through the senior club ranks. But a move to Christchurch proved to be the ticket to breaking into the national ranks.

The Crusaders wing lit up the 2019 Super Rugby competition, topping the try-scoring charts for the season, as well as leading the competition for clean breaks.

Reece, who boasts an ability to conjure up magical plays out of nothing, was rewarded for his superlative form with a call-up to the All Blacks. If there were concerns his elevation had come too soon, they were quickly alleviated in his first start for the All Blacks in their crunch Bledisloe Cup match, in which he dominated out on the wing, scoring two tries.

A mature player who shows a keenness to learn, Reece is known for the energy and excitement he brings to a team environment. 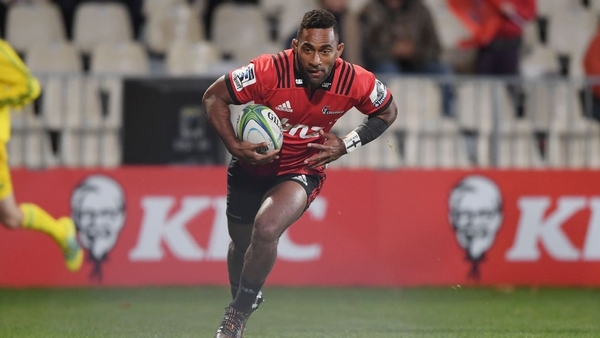 Want to work with Sevu Reece?
Get In Touch
Back to Talent