All Blacks defence guru Scott McLeod has rocketed through the coaching ranks since retiring from top-level rugby in 2008.

A rangey midfielder, McLeod featured in 123 first-class games, including 10 tests for the All Blacks between 1995 and 2001.

He returned to the All Blacks set-up in 2017, this time to the coaching line-up, having been seen as a clear-cut choice to replace defensive mastermind Wayne Smith.

McLeod’s elevation to the role came after stints as skills coach with the Chiefs, and Highlanders assistant coach, where he built a reputation as an innovative and fresh thinker. In his four years at the Otago franchise, McLeod was instrumental in helping turn the team’s floundering fortunes around.

After a storied career with the Waikato and the Chiefs, McLeod finished out his playing days at Toshiba in Japan, which he credits with helping shape his coaching philosophies. 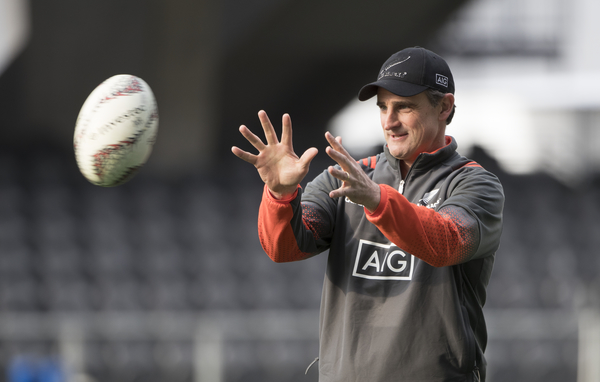 International Debut vs Samoa
Want to work with Scott McLeod?
Get In Touch
Back to Talent