Known for his work rate and relentless nature on the field, All Black Sevens co-captain Scott Curry personifies leading from the front.

Curry made his debut for New Zealand in Dubai in 2010, and has gone on to play more than 50 tournaments – a testament to his work ethic that he has remained at the top of his game for such a long period. The only time he’s been stopped in his tracks is by injury.

A product of Reporoa College, Curry took over the captaincy of the team in 2015 following the retirement of Sevens legend DJ Forbes. He ranks the 2018 season, in which the All Blacks Sevens won Commonwealth Games gold and the Sevens World Cup, as a career highlight.

The powerful forward has won a swathe of individual honours as well, including being named the All Blacks Sevens player of the year in 2018.

Curry describes himself as a below average golfer – an assertion on which we cannot possibly comment. 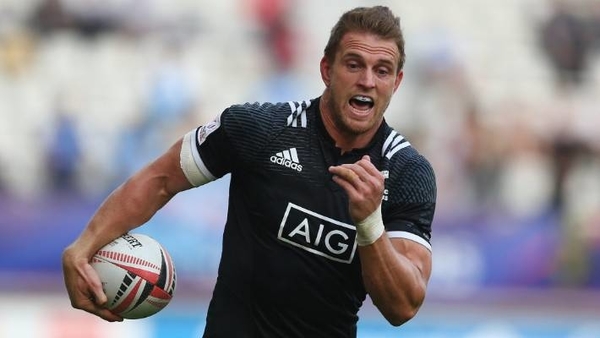 Want to work with Scott Curry?
Get In Touch
Back to Talent