There is something special in the Barrett family farm as they produce world class footy player, Scott Barrett’s along with his All Black brothers’ pedigree is undeniable.

Scott like the rest of the family was born and raised on their family farm in the Taranaki where they watched their father Kevin Barrett represent Taranaki for 167 matches.

Scott however made the move to Christchurch where he studied at Lincoln University. Scott went on to debut for Crusaders in 2014 in a midweek game against the touring English side and nailed the opportunity which lead to another opportunity against the Blues later that season. In 2015 Scott was selected in the Crusaders. Scott was named Crusaders captain in 2020.

2016 was a huge year for Scott being selected in the All Blacks squad to then make his debut against Ireland in Chicago. Scott has been a constant in the All Blacks since making debut and played in the 2019 World Cup where he showed his versatility by playing at lock and blindside throughout the tournament.

Away from the footy field Scott is a fishing enthusiast and also loves to gets his hands dirty on the family’s dairy farm when he gets the chance. 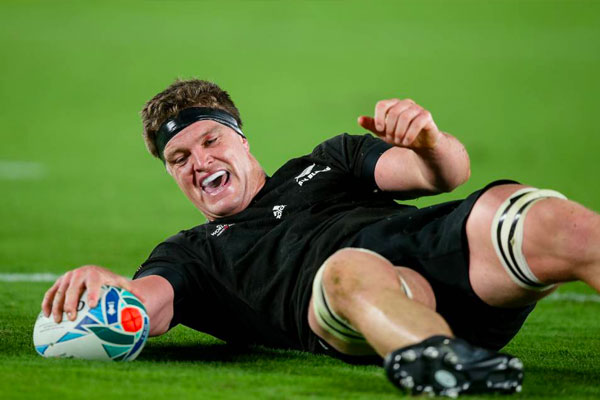 All Blacks squad vs British and Irish Lions

All Blacks debut vs Ireland
\

Want to work with Scott Barrett?
Get In Touch
Back to Talent