It seems master coach Robbie Deans’ has a knack for building rugby dynasties.

His name is synonymous with the Crusaders’ period of dominance in the 2000s. During Deans’ nine-year reign as head coach, the Crusaders featured in the final every year, bar two. The team went on to win five of those finals (2000, 2002, 2005, 2006, 2008), making Deans the most successful Super Rugby coach in history.

Deans has also coached at international level, leading the Wallabies from 2008-2013, with his highlights including Tri-Nations victory in 2011.

Back in his day, Deans was also pretty handy on the footy field. The wirey fullback made 146 appearances for Canterbury and 19 for the All Blacks, including five tests. 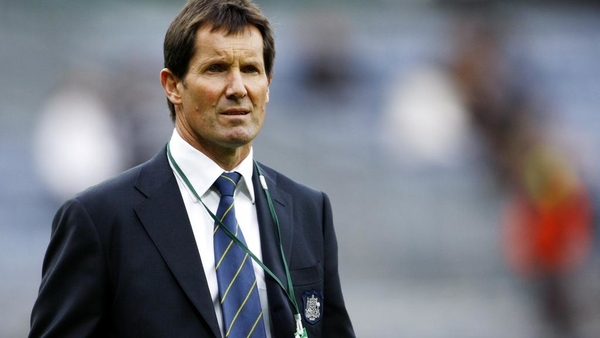 International Debut vs Edinburgh
Want to work with Robbie Deans?
Get In Touch
Back to Talent