A young star on the raise, Quinn Tupaea certainly has made waves in New Zealand rugby since bursting onto the scene as a 19-year-old. His physicality and attacking abilities are his point of difference.

Quinn a former New Zealand Secondary School captain made his debut for Waikato and was named Emerging Player of the year in 2019 as a 19-year-old. He has achieved so much in his short career to date he’s ticked off winning the Ranfurly Shield, an NPC title, becoming a Māori All Black and then nailing his childhood dream and being capped as an All Black in 2021 against Tonga after an impressive season for the Chiefs.

Quinn is a proud Waikato kid and away from the footy field Quinn loves to swing the golf sticks with his mates. 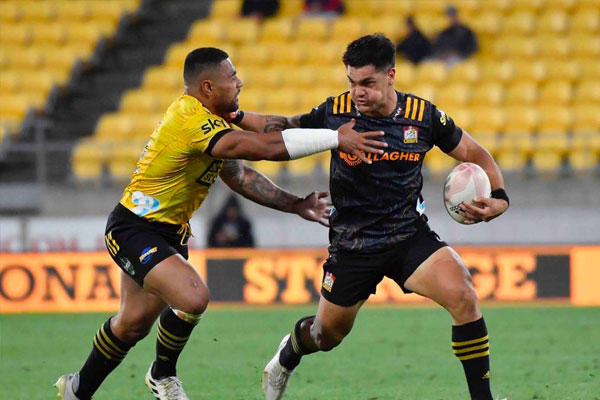 All Blacks Debut vs Tonga
\

Want to work with Quinn Tupaea?
Get In Touch
Back to Talent