Few players have made an impact on New Zealand rugby quite as swiftly as Nehe Milner-Skudder.

A brilliant attacking runner, Milner-Skudder burst onto the international scene in 2015 following an electric Super Rugby debut for the Hurricanes.

He went on to play a starring role for the All Blacks in their defence of the Rugby World Cup after cementing his place as the first-choice wing for all three knock-out games.

His eye-catching performances at the World Cup saw the Manawatu flyer, who is of Maori and Tongan descent, named World Rugby’s breakthrough player of the year in 2015.

Prior to making his mark on international rugby, Milner-Skudder was a promising rugby league prospect, taking up a contract with the Canterbury Bulldogs under-20s team for the 2009 and 2010 seasons.

Milner-Skudder is now set to take his talent overseas, joining French club Toulon at the end of 2019. 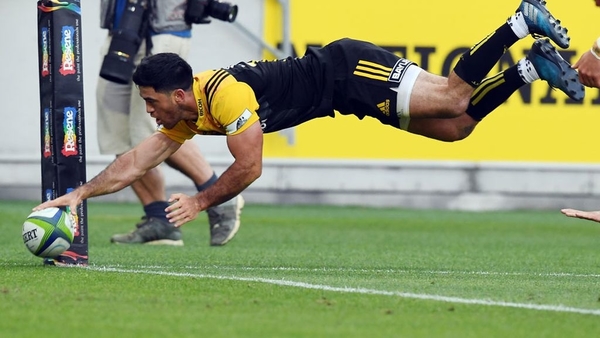 Want to work with Nehe Milner-Skudder?
Get In Touch
Back to Talent