Mils Muliaina is among an elite group of men to have played 100 tests for the All Blacks.

His centurion status is a testament to Muliaina’s consistency and backline versatility, as well as his fitness and preparation.

Sadly, his 100th test – the All Blacks quarterfinal win over Argentina in the 2011 Rugby World Cup, was to be Muliaina’s last, with the veteran picking up a shoulder injury in that game, which ruled him out of the remainder of the tournament.

The Samoan-born, Southland raised star made his debut as a 22-year-old against England, and quickly became a regular in the starting line-up, predominantly at fullback where he managed the rare feat of excelling as an attacking menace, while providing the kind of solidity and positional nous at the back that lets fans breathe easy.

Before he became a 15-a-side world champion, Muliaina won multiple titles on the sevens stage, including Commonwealth Games gold.

Since his retirement, Muliaina has become a much-respected analyst on Sky Sport’s rugby coverage. 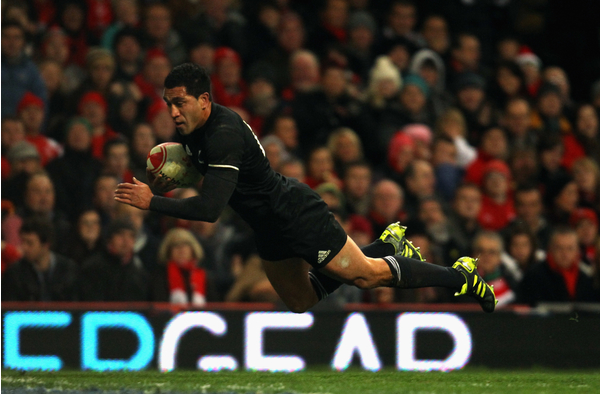 All Black Centurion
(October vs Argentina)
\