Chiefs loose forward Luke Jacobson looks to have a bright future ahead of him in the black jersey.

A punishing defender who is known for his smarts with the ball in hand, Jacobson made his debut for the All Blacks in 2019 following a stand-out sophomore season with the Chiefs, in which he cemented his place in the starting line-up.

Despite his youth, Te Awamutu-born Jacobson is a strong leader in the Chiefs pack. His leadership qualities shone through at an early age, with Jacobson selected to captain the Waikato NPC side in 2018 at the age of just 21.

Jacobson also captained the Junior All Blacks to victory at the under-20 Rugby World Cup in 2017.

Jacobson is the youngest of a trio of loose forward brothers making their mark on rugby, with brother Mitch a member of the 2019 Chiefs squad, while Kane, the oldest of the three, playing provincial rugby for Northland. 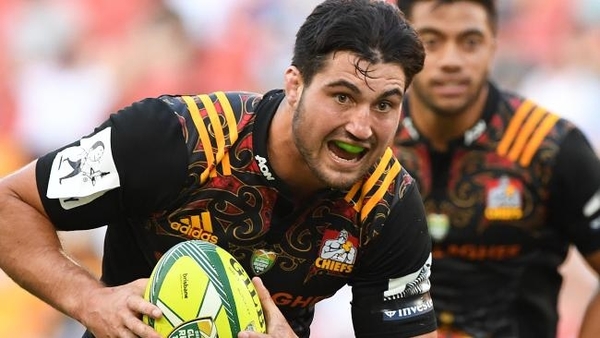 Want to work with Luke Jacobson?
Get In Touch
Back to Talent