All Blacks rookie George Bridge made an immediate impression on the international rugby scene, scoring off his first touch of the ball in his debut match against Japan.

Bridge’s potential as future All Black great was further enhanced in his first start for the New Zealand side, when he produced a nerveless performance for the under-fire All Blacks in a crunch Bledisloe Cup match at Eden Park in 2019.

A highly ambitious player, Gisborne-raised Bridge demonstrated his commitment to become an elite rugby player from an early age, making the move to Canterbury as a teenager to play age-grade rugby and join the Crusaders Academy.

Doors quickly began to open for the dynamic wing, with Bridge coming through the ranks to debut for the Crusaders in 2017, later being named the franchise’s rookie of the year. In his first three seasons with the Crusaders, Bridge has won three Super Rugby titles.

Outside of rugby, Bridge is studying for a Bachelor of Applied Science through Otago University. 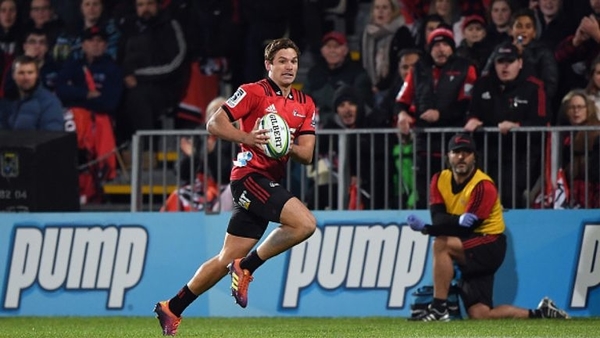 Want to work with George Bridge?
Get In Touch
Back to Talent