Gemma McCaw was born and raised in Tauranga and is a former New Zealand hockey player. Gemma was a mainstay of the New Zealand side after making her debut in 2008 playing 250 caps. She is also a dual Commonwealth Games medalist.

The Tauranga native played her third Olympic games in Rio 2016 having taken to the turf at Beijing 2008 and London 2012. She retired from the game in 2017 and had her first child before returning in 2019 and in a quest to compete at Tokyo 2020 before retiring in June 2020 after the postponement of the 2020 Games.

With a degree in Sport and Exercise Science and a Diploma in Positive Psychology and Wellbeing Gemma is passionate about helping people achieve their health, fitness and wellbeing goals and reach their potential in all areas of life. 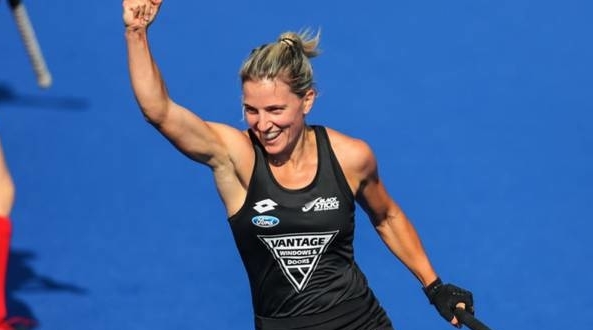 Nominated for the FIH Women’s Young Player of the Year Award.
\

Commonwealth Games Bronze Medalist (Glasgow)
Want to work with Gemma McCaw?
Get In Touch
Back to Talent