Codie Taylor is described as the perfect modern day hooker.

With a surprising turn of pace and a knack for scoring tries, Taylor’s skills and fitness would serve him well in the backline. He’s also known for his powerful scrummaging, who is equally adept in the rucks and the loose.

Levin-born Taylor’s impressive skill set was developed over a long apprenticeship with the Crusaders, making his debut for the side in 2013.

All Black honours beckoned in 2015, with Taylor making his debut on his home ground in Christchurch against Argentina.

Taylor’s breakthrough year came in 2018 when he established himself as the first-choice hooker in the All Blacks pack, producing a series of stand-out performances. His dominant form resulted in Taylor among the nominees for New Zealand Rugby’s Player of the Year award in 2018. 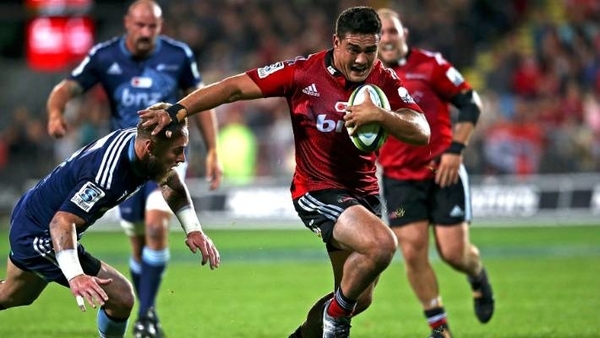 Want to work with Codie Taylor?
Get In Touch
Back to Talent