Beauden Barrett is the human highlight reel of world rugby.

With devastating speed, incredible vision and an instinctive style, Barrett has rewritten the template on how a first-five should play.

A once in a generation player, Barrett renowned for his cool temperament and ability to rise for the big occasions, with his performance in the 2015 Rugby World Cup decider, in which he scored the try that clinched the victory over the Wallabies, among his stand-out games.

Not surprisingly, Barrett is one of rugby’s most-decorated individuals. He was named World Rugby player of the year in 2016 and 2017, and was also a finalist for the award in 2018.

The Taranaki hero, who debuted for the All Blacks in 2012, also holds the world record for consecutive wins since his first test (19 wins from 19 starts).

Equally at home in the number 15 jersey, Barrett is expected to play a key role in the All Blacks’ backline for years to come. 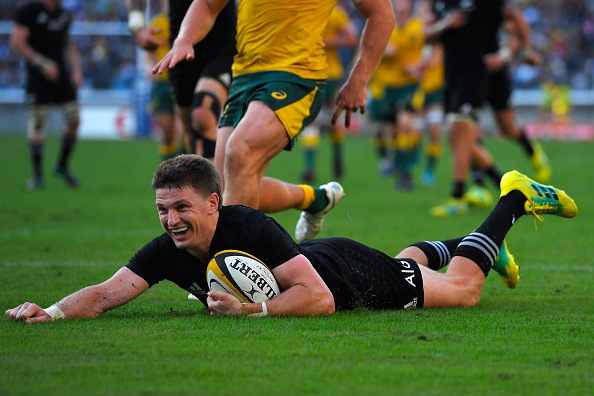 Want to work with Beauden Barrett?
Get In Touch
Back to Talent