We are living in the Age of Ardie.

Regarded as a top young prospect since making his Super Rugby debut in 2013 as a 19-year-old, Ardie Savea has come of age in recent seasons, emerging as one of the best openside flankers in world rugby.

Savea is a powerful runner blessed with speed, athleticism and the ability to stay alive in the tackle, making huge metres for his team.

After making his All Blacks debut against Wales in the 2016 mid-year test series, Savea made history in his first start for New Zealand when he and older brother Julian both dotted down for tries against South Africa in the Rugby Championship. The pair became the first brothers to score tries for the All Blacks in the same match.

His leadership potential has been seen for some time – he was head boy of Wellington’s Rongotai College, captained the first XV, the New Zealand schools side, and his Wellington provincial side.

Outside of rugby, Savea has a keen interest in fashion and launched his own clothing range in 2017. 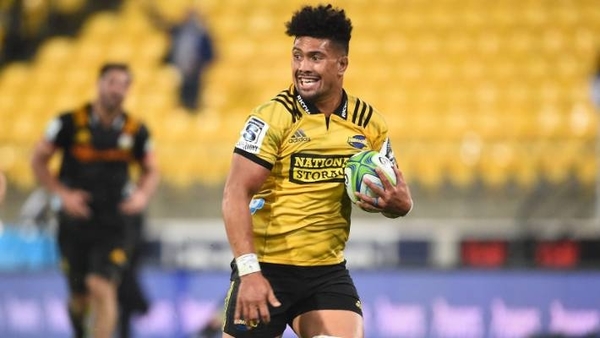 Want to work with Ardie Savea?
Get In Touch
Back to Talent