A long-time servant of Crusaders rugby, former All Black Andy Ellis nowadays splits his time between Japan and Christchurch.

In a solid 28-test career for the All Blacks, Ellis is most remembered for having the final say in the tense 2011 Rugby World Cup final, kicking the ball into touch as the final hooter sounded.

Described as a halfback cut from the traditional cloth, Ellis made 154 appearances for the Crusaders from 2006 – 2016, winning two Super Rugby titles over that time.

Ellis has shown that same level of loyalty to his club in Japan, the Kobelco Steelers, where he has been based the past six seasons.

Off the field, Ellis has a passion for gardening and landscape design. He won the Supreme Award at the Ellerslie Flower Show in 2010 and has written a book on the subject.

A friendly, engaging player, Ellis has also worked in radio and TV. 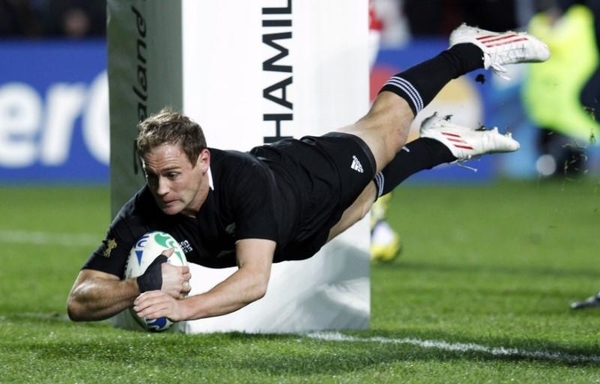 ITM Player of the Year
\

International Debut vs England
Want to work with Andy Ellis?
Get In Touch
Back to Talent